Name: Sian
Child: Wolfgang, 4
Location: Urmston
Expectations of Motherhood: Before deciding to be one: that it would make ‘me’ disappear and that it was therefore a terrible idea.
Later: that it was something I wanted to do, there was no need for me to disappear but that I would constantly be running a gauntlet of interference. That I would have to have a thought-out approach to everything. Reality of Motherhood: Lovely. Tiring.
Taking your child home for the first time: I had an easy pregnancy but a very fast, sudden birth with a placental abruption, meaning that there was no water birth, no playlist I spent a weekend making, and a lot more medical intervention and scariness than we had expected.
I still get upset when I think about the circumstances of Wolfy’s birth but then I feel guilty because it could have been much worse. He was fine. Still a bit in shock I think, I begged someone to see if we could be discharged the day after he was born and remove the dangling cannula from my bruised paw. I just wanted to get on with his life.
There was a heatwave and he spent most of his first months in a little pink nappy, sleeping on one of our chests or in his crib while the other guarded the numerous open doors and windows through the night.
The best advice: The best: enjoy your baby.
The hardest parts of being a mother: Worry. I was very anxious during his first months but relaxed as he grew more robust and alert.
Also; being the caretaker of everyone’s vested interest in your child. Within hours of announcing your pregnancy you become a hardworking diplomat (who often fails at) making sure everyone feels included and informed. 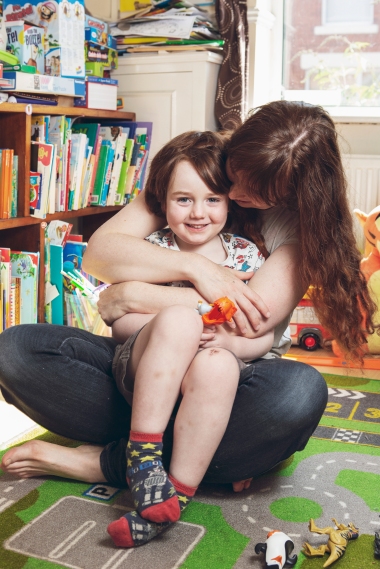 Parenting often feels like holding up the rickety elements of a complex extended family Atlas-style, and being a separated parent amplifies that feeling.
The best parts of being a mother: Wolfy! I often wonder why I’ve drawn so lucky. He really is a good one. I love exploring the world with him and sharing the things I love with him.
Has becoming a mother changed you? I feel like I live in full colour because of Wolfy. I can’t really explain this, but it’s nice. I feel connected to working parents through history and that’s a feeling of strength.
Hopes for your family: Wolfy is an elective only child so my hopes are for me, him and his dad to carry on working well as a family, even though we don’t live together, and that we will all be able to find room for anyone new who comes into our lives. I hope Wolfy will always feel he can turn to me. What advice would you offer to new and expectant mums? Enjoy your baby.
Don’t be afraid to ‘bother someone’ the moment you need advice or a hand.
Additional info: I separated from Wolfy’s dad just after his first birthday. Although I still believe it was the right thing for all of us and we’ve stayed on good terms, it was a horrible time. Then, like now, my lovely boy was my motivation not to let my sadness slow me down. Things are steadily getting better but I wanted to capture this moment of me and him, together in our little house with the next adventures still to come. 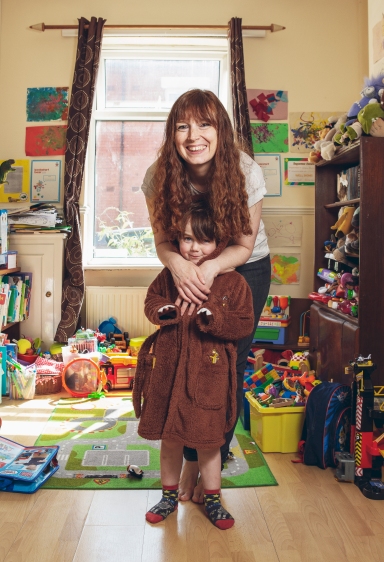 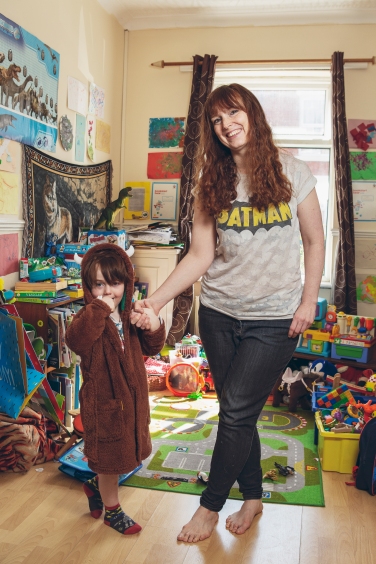