Name:  Leesa Chester
Children: Alfie, 15, Florence, 13, Eliza, 11
Location: Chorlton
Expectations of motherhood: I think I expected my children to be an extension of my husband and I. That they would think like us, look like us and have similar interests. That I would have a close and honest relationship with them. They would talk to me like a friend about all their problems (honestly I really did!) and there wouldn’t be any awkwardness between us.
Reality of Motherhood: I had 3 babies in under 4 years so the first 5 years I was on sleep-deprived auto-pilot. I’d wake up not knowing which bed I was in and who I was sleeping next to. I had a double buggy and one of those ride on things for toddlers to stand on so getting anywhere on foot was a massive logistical nightmare that needed to be planned well in advance, in between feeds, usually involving someone needing a poo just as we were about the leave the house (it could have been worse, it could of been just after we left the house). People would say, “Ooh you’ve got your work cut out for you havent you?” or simply give you sympathetic looks as you bundled along with this ragbag of wheels, bobble hats and bread sticks.

Oh and thinking your ONLY escape was a hot luxurious bubble bath but within 5 mins of laying your head back there’d be someone bursting into the room shouting “I NEED A POO!” (thankfully NOT the husband, that would have been a step too far). They still do this now btw!
Realising for the first time that your little toddler who is now stringing sentences together is their own little person who thinks and feels independently of you. That they are NOT extensions of you as you first thought and that you have no idea what goes on in their little heads.
Taking your children home for the first time:  1st: Expecting a welcoming committee but not getting one. Sitting down and thinking “what they hell do we do now?”
Staring at him for hours on end letting him fall asleep in your arms because you couldn’t bear to put him down and subsequently realising that he wouldn’t be put to bed alone and go to sleep til he was 5 years old because of it (possibly). 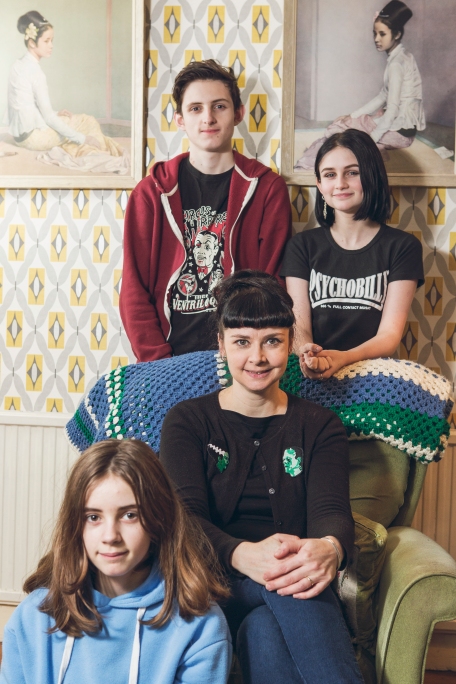 2nd: My son was SO excited to meet his baby sister but the moment we put her down she started crying which freaked him out and he wouldn’t go near her for days.
3rd: 1st daughter was 20 months by this point and not at all impressed by us bringing a baby home. She would only communicate with her 3-year-old brother for the first week or so.
The best/worst advice: Best: “It’s hard enough to work out what’s right and wrong so do what suits you both regardless of what people say” (my sister-in-law). 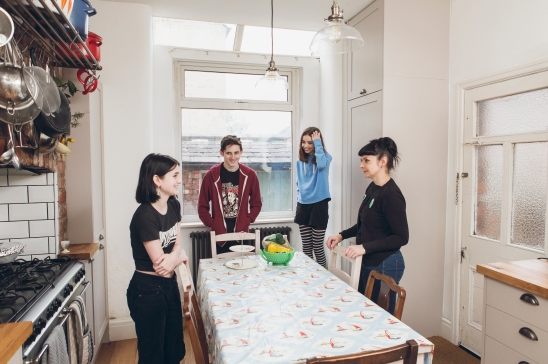 Worst: There’s always someone criticizing you because you haven’t followed whichever guide is currently fashionable. I couldn’t bear the regimented routine that these self-help book advocated. Ours was a house of chaos but it was predictable chaos.
The hardest part of being a mother: Letting go. My Nan would say to my mum who said to me, “It’s not you I don’t trust…” being fearful when they venture out without you, but realising they have to. My great-grandmother told my Nan, who told my Mum, “there’s many a young girl in Southern cemetary who said they could look after themselves …” (for goodness sake!)
Realising you can’t be there for them all the time and feeling guilty beyond words when they have to go through something scary alone, whether it’s an injection at school or a music exam or a little dance show or being bullied. The best part of being a Mother: The pride. It doesn’t have to be a big thing either. Being told, “I had a nice chat with your lovely son when I saw him this afternoon”. He’s comfortable talking to adults and having a bit if a chat. That fills me with pride. He isn’t a non-communicative teenager.
My mother-in-law said to me once, “I think to myself, ‘Are they nice people? Are they kind of people I would like if they weren’t my children?’ And if the answer is yes then you know you’ve done well”. That’s so true!
The pure adoration and love they feel for you when they are little. Love like you’ve never felt before. Even if you think you’re being a pretty average parent, knowing that they adore you makes you feel you’re doing a good job.
Has being a mother changed you? Yes, but it’s been 16 years and I can’t really remember that Leesa anymore. I was always super-organised but with each child my brain went mushier and mushier. Now I forget what I went into the kitchen for. That could be age, but with each new baby the routines just went out the window, no matter how hard you try. I think that was more to do with managing stress and not letting every day things that don’t go according to plan bother you too much, because with small children you can guarantee there will always be a change of plan. I also discovered I’m super-competitive. That really surprised me. For myself I always take a back seat, but where my kids are concerned I want them to have the opportunity to do everything that comes their way. I’m the parent that signs the consent form before it’s even left the school grounds.
Has your perspective on work changed since you’ve become a mother? I gave up work when I had my son. I was lucky. I didn’t want to work and husband was fully supportive of that. We struggled for years but we were ok with that.
I went back when my youngest was in year 6 because the opportunity presented itself, and I only do part-time hours now. Staying at home isn’t for everyone, but I loved it. My work hours even now are built around my children. My employers are incredibly supportive of mothers returning to work and I often work from home because they made that an opportunity for me. I’m very lucky. 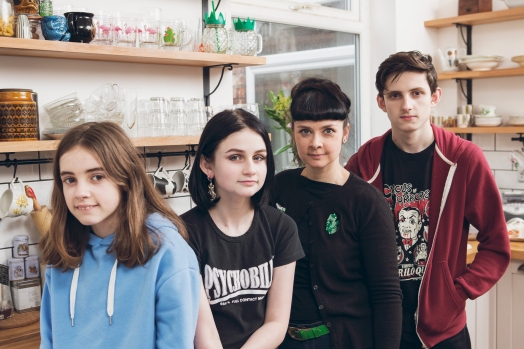 Hopes for your family: To have choices. To be happy with those choices. Not to feel trapped.
Advice for new/ expectant mothers: It really is a wonderful thing to be a mother. It puts everything in to perspective. It changes you because you want to change. It’s hard, the hardest most physically and emotionally exhausting thing you will ever do but the pay off are immense.
The same sort of advice that was given to me: “Do what makes life easier for you. Listen to all the advice, but in the end go with what feels right for where you are at that point in your life”.

One thought on “Leesa, Alfie, Florence and Eliza”