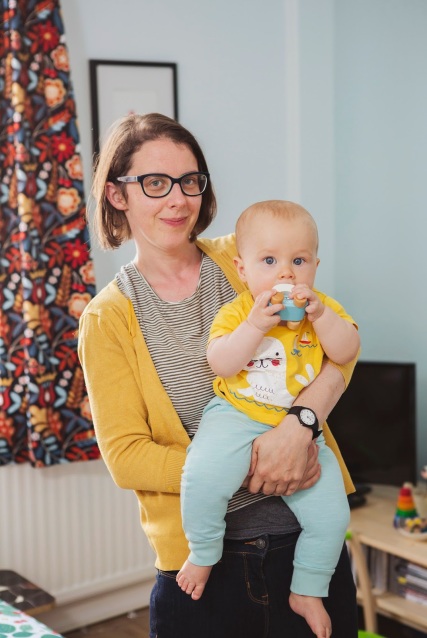 Name: Liz Postlethwaite
Child: Robin, 8 months
Location: Whitefield
Expectations of motherhood: When I found out that I was going to have a baby I was delighted and excited, but I tried not to think too much beyond my pregnancy. I wanted to try and enjoy that as an experience in itself as much as I could. And planning ahead meant I felt like I couldn’t focus properly on the task in hand of growing and birthing my baby. I also anticipated that being a mama was going to change my life hugely in ways that would be hard to imagine until they actually happened, so rather than trying to look forward and pin hopes on future aspirations and expectations I took the approach of appreciating each moment as it came, whether positive or negative, and trying as hard as I could to relish the ride.

Reality of motherhood: Wow! It’s hard to express really.
The feeling of everything being the same and different simultaneously.I am still the same person but my world is transformed. My priorities are totally different, and so are my responsibilities. And on a practical level, whatever I was expecting, it is really hard work! It never stops and regardless of other intentions everything else now has to slot in that little, new person who has come into my life. 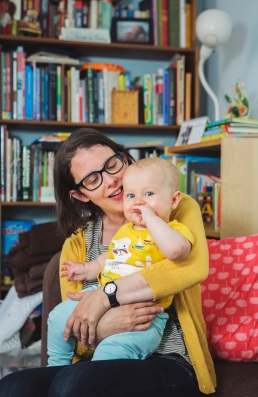 Now that he is a bit older there is a little more room for manoeuvre but in those early newborn days it took my breath away how this new person was so absolutely dependant on me. A huge challenge but also a huge privilege and adventure.
Taking your child home for the first time: When I found out that I was pregnant homebirth was always at the back of my mind but I thought as a first time mama it probably wouldn’t be possible for me. Then on our first midwife appointment our brilliant midwife offered it as a birthing option just like any other. Her confidence and positivity absolutely normalised the idea for us and, after some discussion, my partner and I agreed that homebirthwas the way we would like to have our baby.

Through our midwife’s support I was lucky enough to birth my son naturally in our bedroom at home. A truly magical and empowering experience that I will always be grateful to her for. Once Robin arrived our midwives stayed for a couple of hours, then they left and it was just us together in our house. It was so surreal that when Jo came home from work because my waters had broken a matter of hours before we had been two, and now we were three.

Being at home for the duration gave me an immense sense of nesting and that felt so natural and normal. We didn’t have to move anywhere and for the first 36 hours we all cuddled up in the bedroom together getting to know each other. This sense of calm and continuity was something I had really hoped for and, despite the tiredness and the undeniable upheaval that comes with a new born, it was a blissful, special time.
Robin has always been a calm and relaxed soul and I am convinced this is, at least in part, due to the gentle way that he came into the world.

The best/worst advice: Not bad advice as such, but when I was pregnant it felt as though this gave people the liberty to offload their own pregnancy / birth / parenthood stories on me. As a first time mama I found that really unhelpful so took to stopping them in their tracks and stating clearly that hearing their story was not currently useful to me.
And the best? I read in one book that “nobody ever regrets cuddling their baby too much” and that is so, so true.

The hardest parts of being a mother: The fact that it is absolutely unrelenting – it never stops! As he gets older I get more used to this but when he was tiny the new rhythm of life took some getting used to. There really is no downtime and at times when he was newborn I felt like I would have given anything for someone to take him off my hands so my partner and I could take a breath. As a breastfeeding mum I felt this particularly keenly as he has always fed a lot. Taking any time away from him has been impossible. I feel we have forged a brilliant partnership, but the intensity of that hasn’t always been easy.Before I had Robin I was a freelance theatre director, and that aspect of my life is now turned on its head in many respects. Much of the work I used to do simply isn’t possible anymore. And childcare arrangements for freelancers are not for the fainthearted. I still haven’t figured how that is going to work, but I’m enjoying being a mama at the moment so am not trying to think about it too much right now.

The best parts of being a mother: The love – there is so much of it for this little person. It’s a wonderful, overwhelming thing.
And the discovery of my child, who has come into the world a distinctive person in his own right. It is an absolute pleasure getting to know him and figuring out what makes them tick. I hadn’t anticipated how bold my son’s individuality would be right from the off.
Lastly it is a great thing to see my partner become a papa, and to see him flourish in that role. It is a wonderful thing to watch the relationship between him and his son grow stronger by the day. 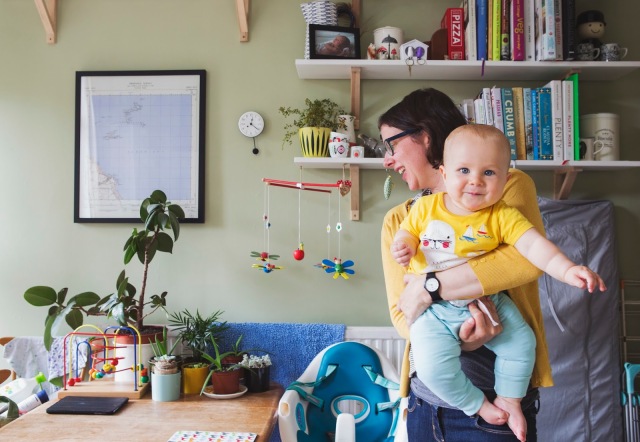 Has becoming a mother changed you? Yes and no. I feel like the same person, but in birthing my son I feel stronger, and more able to take things on. At the same time I can feel more vulnerable and protective – that I want to keep the bad things in the world away from my him. At times the world feels so much more fraught and complicated than it did before. At other times in when I am absorbed in the act of being a mama it feels like the world is simpler, smaller, and less complicated in the fulfilment of this natural act of love.

Hopes for your family: That we can spend as many happy and healthy times together as we possibly can. And that Jo and I can support our son to find his way in the world with both courage and kindness.

What advice would you offer to new and expectant mums? Try not to expect anything. Just take each thing as it comes and embrace it because these are the happy days that you will look back on fondly in years to come. And enjoy the ride however chaotic it may be because wherever it takes you it is the most glorious adventure. 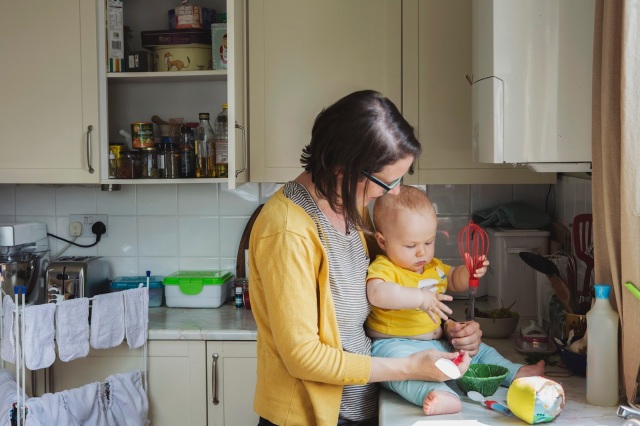