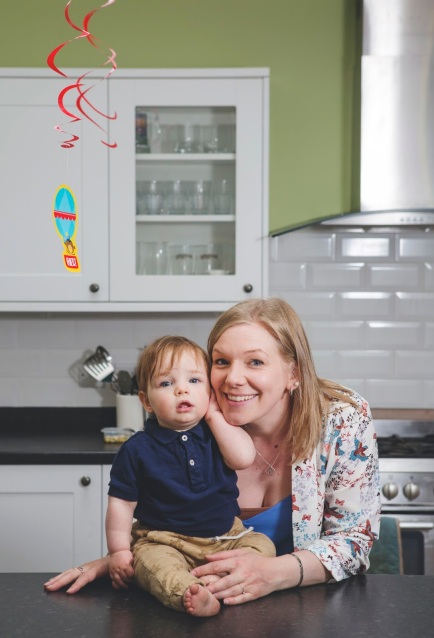 Expectations of Motherhood: I’d always wanted lots of children from an early age and imagined I’d meet my soul mate early on and a big brood would follow.
Despite a shitty relationship with my mum where we no longer have contact, I still viewed motherhood with rose tinted spectacles, determined to do things the exact opposite to how I was brought up.
There were two school friends I had where I used to love going to their houses as they had such a great family unit; I imagined creating a version of that with me at the centre of it all. 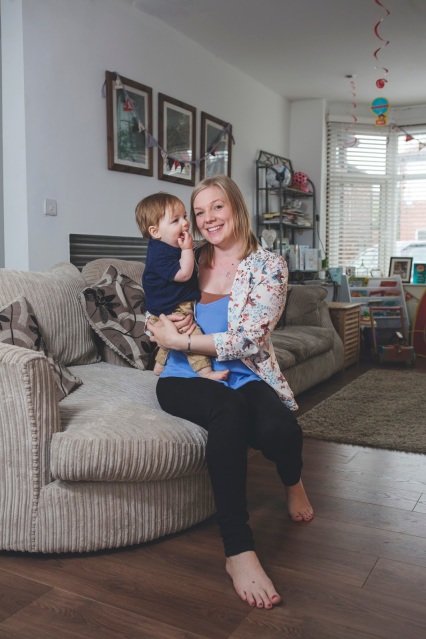 Reality of Motherhood: Becoming a mother took many years, as did finding that soul mate!
After numerous investigations, exploratory surgery and medication, we found ourselves having to accept that IVF was our only option.
Now I’m a mother myself, I find it even more difficult to comprehend how that bond can’t be there or how anyone would want anything but the best for their children…
I’m also amazed that how I’m able to keep myself and a small human alive on so little sleep! It’s a totally different kind of tired I’ve never experienced – nothing like when you’re young and can go out partying all weekend without a second thought and still be up for work on a Monday morning! 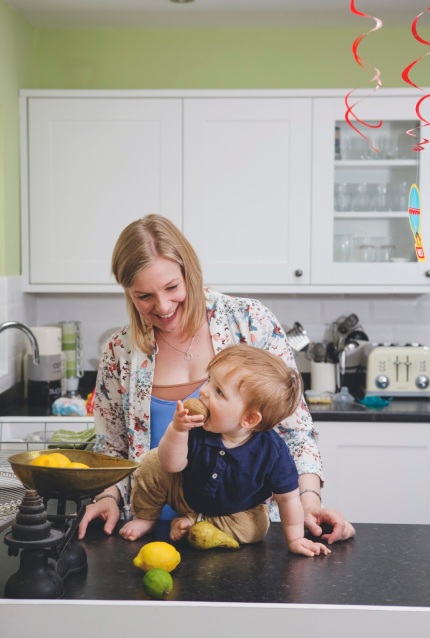 Taking your child home for the first time: We had a high risk pregnancy with an extended stay in hospital following a C-section with some other complications, so I couldn’t wait to get home.
I actually felt really chilled about what was ahead of us and was SO excited to be going it alone without all the medical professionals in our faces that had been there from the start!
My fiancé came to pick us up and assured me he’d tested out the car seat beforehand (he hadn’t). It took 20 mins of faffing, but that was the easy part. I don’t think we hit 40 mph for the 30 minute journey back up the M60; he was so petrified of the precious cargo he was carrying! It was such a painful journey – and I don’t mean because the seat belt was digging into my C-section wound! 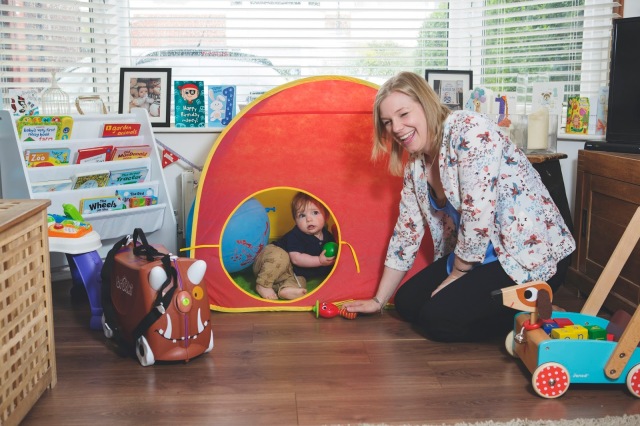 We’d recently bought a house which needed a lot of work; Charlie’s first day home involved the entire back end of the house being knocked down! The three of us lived upstairs in a bedroom for around 6 months while the work was completed. Our friends and family freaked out at what we were coming home to, but we just saw it as all part of the adventure.
Crazy times! 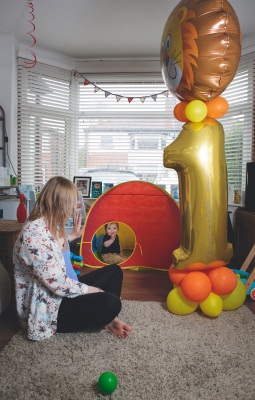 The best/worst advice: Best – To enjoy the night feeds and the quality alone time you have together during them.
I breast fed Charlie and he wouldn’t take a bottle whatsoever, so I had even more chance to savour this time!
Despite the exhaustion, I can honestly say that I cherished those times spent looking down on this little being we’d created and seeing him feed, knowing that my little old boobs were keeping him alive!
Worst – I’ve either been lucky enough to not have had bad advice, or I’ve blocked it out!
The most ridiculous advice I had though, was “sleep when the baby sleeps”. There’s so much that needs doing and because Charlie’s naps were such a small window, it was hardly worth getting comfy!
…Now I’m thinking about it, that’s terrible advice, right there!

The hardest parts of being a mother: Remembering to make time to temporarily side step from the parental role and find time for each other as a couple is difficult. We don’t have family close by, so are limited with babysitters and have only had a couple of nights out since Charlie was born. You become so devoted to this tiny person that it’s easy to forget the other significant person in your life, even calling them by their actual name, as opposed to “daddy”. 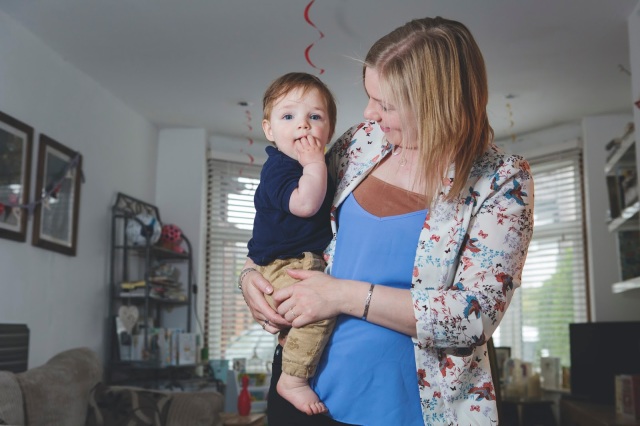 The best parts of being a mother: The mutual feeling of unconditional love; I’ve never felt this kind of love before and it actually caught me by surprise from the moment I set eyes on him.
As he’s growing, he’s becoming so affectionate; the cuddles and sloppy kisses I get (which more resemble having my cheek sucked from my face) are guaranteed to make the bad days better instantly.
I’m excited to see Charlie and his personality grow, picking out the traits that he’s got from us both. That may or may not be a good thing…! 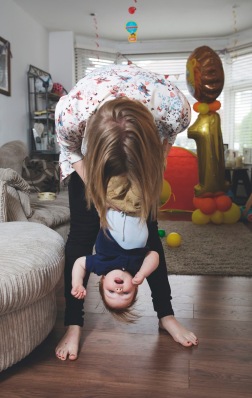 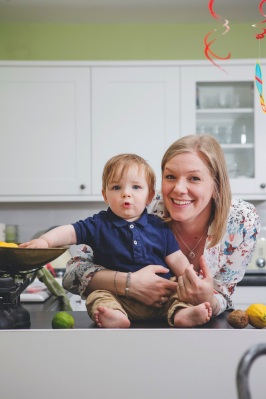 Has becoming a mother changed you? Absolutely! I’m happy to plod along at a slow pace, soaking up every little bit of the days, so aware that my return to work is imminent.
Motherhood has also turned me into an emotional wreck – crying over the smallest of things. I’m dreading John Lewis’ next Christmas advert!
Hopes for your family: Really simply, I hope that we continue to thrive as a little family unit. I hope that we remain close and that Charlie will always feel able to talk to us about anything as he grows up. I’m really looking forward to seeing the person that he becomes.
What advice would you offer to new and expectant mums: Do only what you feel is right for you and your family. Trust your instinct too. Charlie and I struggled with breastfeeding in the beginning and I had endless professionals telling me that there wasn’t any problem, that it was just something that took time to establish. We stuck at it but I refused to let it drop.
It was finally agreed that Charlie had tongue tie and this was quickly resolved. 5 painful weeks later! 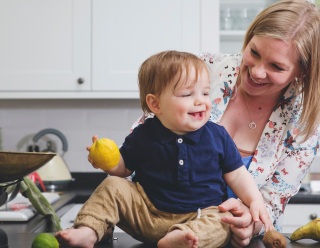 A massive cliché to end on, but cherish every little moment too. The time really does fly by too quickly and before you know it, you’ll have a one year old!