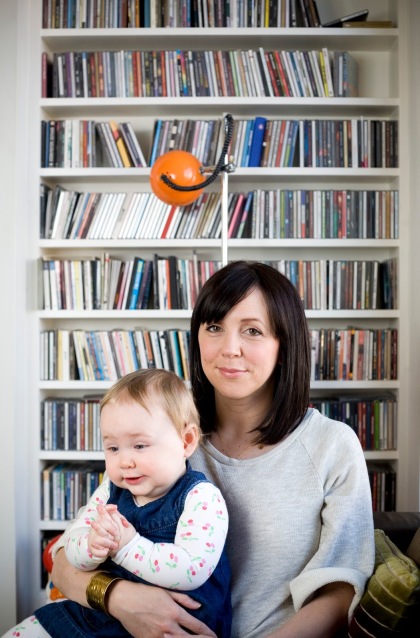 Expectations of Motherhood: I always remember wanting to have kids, so I suppose there was a huge amount of anticipation about becoming a mum (not that I really had any idea what that actually meant in reality!).

My biggest expectation was that I was going to have a huge baby boy, I am one of 3 girls, my sister has 3 girls, therefore I had decided without doubt that I MUST be having a boy. I couldn’t have been more wrong – I had a perfect (and very long) little girl. When Ivy arrived and I was told it was a girl, I asked the midwife if she was joking??!!! Half expected her to turn around and say “Only kidding.”

Even though I knew I’d be faced with sleep deprivation I still had the idealistic notion that none of that would matter, that this amazing little baby would make it all worthwhile. Somehow it would cancel out the tiredness. Er no…… In reality I am just really quite pathetic when I am that exhausted, I am sure David and my family can vouch for that.

I also thought I would suddenly be a different person as a Mum, that something happens and a flick switches inside and you suddenly become “Mummy”. Although things completely change very quickly, I’m still definitely me.

Reality of Motherhood: OK the beginning was hard, it seemed pretty relentless at times. I remember sitting in the garden once Ivy had gone to sleep and wondering how and why people actually decide to have another baby.

I found it difficult not being able to do basic things, like eating or preparing some food when you’re starving, going to the toilet when you are about to piss your pants or nipping out to get some milk from the shops. Suddenly everything was dictated by feeding, poos, naps and screaming.

It is such a short time things are like that, but it seems like forever. It does pass though. I just kept reminding myself it does get easier. It’s the biggest learning curve you could ever imagine.

Now, I would do it over again in a flash as the reward from all your hard work is the best thing ever. She is a little person who blows kisses, does high fives and has a really dirty laugh. Slowly all the hard work from the start begins to pay you back in abundance.

Taking your child home for the first time: I actually don’t remember that much from this bit weirdly. I do remember trying to somehow position myself in the front seat without actually sitting down, not so easy. I think I was just so pleased not be spending another night in the hospital and be able to relax with my new baby, I just crashed on the sofa (which was pretty much where I stayed for the next few days) and probably stared at her and into space quite a lot. I felt pretty ruined after my labour to be honest and it took me a good couple of weeks to recover physically.

The best/worst Advice: The worst advice for me was from midwives. I suddenly realised that I had no idea at all about breastfeeding. I wanted to know when and how much she should be fed. The response was the generic “you’ll know when they have had enough/ are hungry etc”. Actually, you don’t know as you’ve never done it before and neither has your baby.

I was given conflicting advice about waking her in the night for feeds as well. I remember one midwife saying I should wake her up every 3/4 hours to feed her in the night as she was sleeping for 6 hours straight. Apparently this was too long for her to sleep without a feed. I obviously went for the sleeping for 6 hours option, I didn’t really have to think about that one.

I’ve had tons of good advice, loads from my sister which was a massive help. I do think everybody is different though and you should just take the bits you feel are right for you.

Best bit of advice I took on board was having a routine, it worked for me and for Ivy. It meant she didn’t really get too tired or hungry, I put her sleeping through the night down to the routine too. I think she is a good natured little girl and I have been told that I am lucky she is like that, but I think it’s also down to the initial hard work of getting into a routine, not just down to luck.

The hardest part of being a mother: At the moment it’s missing her so much when I am working full time. I want to spend time that counts with her at the weekends, be her mummy and enjoy the time together. However I am still trying to get to grips with getting cleaning, cooking, washing done along with appreciating the time I am at home with her.

The times she has been ill, I either feel guilty for going to work or guilty for staying off work to look after her. It’s without doubt the hardest part of everything so far. You don’t have a baby just to hand them over to somebody else to look after.

The best parts of being a mother: The older she is getting, the more and more I love her, because she is becoming this funny, animated and slightly nuts little girl. 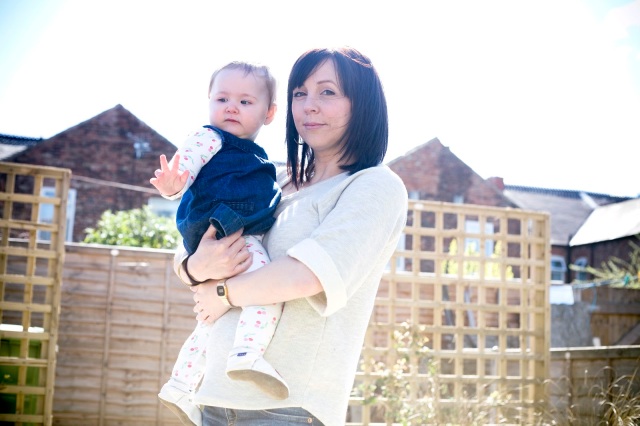 Cuddles before bed, she snuggles up, pops her thumb in and strokes my clothes
She just makes me laugh, a lot! Her funny faces, her shouting, her bottom lip going when I say “no” and her bum wiggling when she is making a getaway up the hall
Most of all I am really looking forward to having a proper relationship with her as she grows up.
Hopes for your family: I hope we can reach a happy balance between working and spending time together, that we can comfortably do the things we want as a family without worrying about money and work so much.
I’d like to think Ivy will be an independent, level headed person who says “please” and “thank you” when she should. That she treats everybody politely and with the same level of respect regardless.

I hope she will know when she needs to be sensible, but I also really hope she has fun, dances, sings and is a bit of a cheeky monkey.

What advice would you give to new and expectant mums: Do you what suits you. Everyone has wildly different views and advice, chose what’s best for you and that probably will be the right thing.
The longer you leave the crying to sleep bit, the harder it will be further down the line. Babies do just cry, so don’t feel like you have to rush in straight away. I guess start as you mean to go on, the easy option when they are little isn’t always the easy option as they start getting older.
Be prepared for feeling a bit wounded after the birth. I know every birth is different but I was totally unprepared when I couldn’t get out of bed properly, sit down or walk properly for about 2 weeks. Horrible I know, I’ll spare the details.  This is where you need Mums who come to look after you!