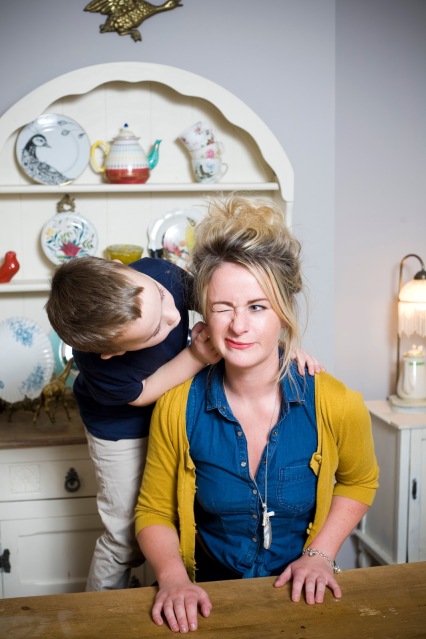 
Expectations of motherhood: My pregnancy was, lets say, sooner than I had planned, and so with that my expectations were limited, I spent most of my pregnancy worrying and panicking. Retrospectively I was so underprepared and just dealt with things as they came along. Having few expectations was not necessarily a bad way to do it, it was just the way it was at the time (with intermittent ‘oh shit’ moments of course!) And sweet fantasies of what this little person was going to look like, smell like, feel like, sound like, my expectations kind of rolled from day to day…..

Reality of motherhood: Essentially the first few years you seem to be so tied up, involved, and breathe every essence of it. From the tiny routine chores to the massive overwhelming feelings of love and guilt and knackeredness; it’s border line insanity. This sounds so terrible, but I think it took me until he was about 5/6 months old to realise that he wasn’t going anywhere. I was so wrapped up in the sleep patterns, teething pains, feeds and nappies… I remember sitting down one day and thinking ‘What’s next? Whatever it is, Franks here, an he ain’t going anywhere!’ I just had not had the time to take it all in.

For me, as the years slide along and you can see the time going so fast, that sense of worry eases and you start to get bits of yourself back and it allows you to appreciate the journey at bit more. After spending those first years giving yourself to the baby you slowly remember that you also

have to give to yourself and let your child see that, as a positive life lesson.
As Frankie is growing the problems change – the joys, and tears and laughs – but he still takes up the same amount of space in my brain as he did from day one (just in different ways). I guess it will always be that way from now on.

Taking your child home for the first time: Seems blurry. It’s weird but i enjoyed the cooked bland hospital food, lack of house work and the safety of the warm night lights in the  hospital ward, and, to be honest, was in no massive rush to get home.

As I believe all new Mums are, I couldn’t take my eyes off Frankie whether he was asleep, awake, feeding, whatever, and became quickly addicted to smelling the top of his soft, dark, damp little head. We drove home, midday, with the new car seat so so so slooooooowwwww because we had the most precious cargo. The house had been cleaned – and although with the greatest of intentions I am sure – it really infuriated me because Frank’s Dad had used bleach. I could smell it, and I remember thinking, ‘How rude and harsh and inconsiderate – my baby cant have products like that used in his environment!’ (jeeseeee) Over reaction, but the hormones seemed ridiculous by day three; home day!

But as I stepped into the living room i saw it was full of cards and flowers, and the moses basket was set up all ready and perfect and that made me feel proud. Frankie had fallen asleep in the car on the way home, I hadn’t imagined that he would, I had thought it would be hectic and crazy, but for the first hour or so it was just still and quiet. I found that comedown a bit intimidating, the world closed down so small. It didn’t stay quiet for long!

Best/Worst advice: I think all of the advice that comes from friends and family whether you find it useful or useless comes from a good place, and it just lands which ever way you and your baby choose to place it.

My Mum is an experienced, practicing midwife and her advice is essentially ‘roll with it’. Obviously if I ask for help she’s there without fail, but I know ultimately her faith lies in nature and the waves between newborn babies and their mother. I feel lucky to be around someone like her, with such faith and commitment, but at the same time I applied pressure on myself to be the same, and I’m not sure I was self-confident enough to go with that mind set all the time. I sometimes enjoyed the simple, rigid advice that my Grandma threw out from somewhere in the late 1950s, which I am sure made my Mum silently cringe… but only for a second.

Hardest Parts of being a mother: Aside from the practicalities of the whole balancing act, controlling feelings of worry about doing the best thing for you baby/child in the long run is easily the hardest part for me. Frankie goes to his Dad’s most weekends and it’s difficult coping with the empty house after the noise of the week. But I know its more important that he remains close to his Dad, and remind myself that in many ways I am lucky to have that freedom. 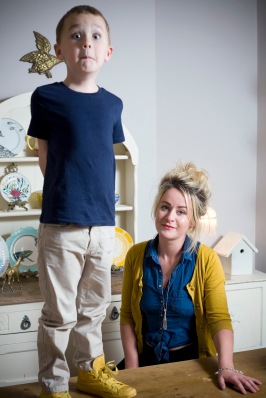 Best Part: Chubby cheeks, first smiles, mashing up bananas, silly words, pointless giggles, the stressed times when one small thing they do takes it all away. Sleepy sleepy cuddles, first sloppy wet kisses, wellington boots, trying not to laugh at tantrums. Realising that they’ve got you exactly where they want you and that quite frankly you don’t mind anymore, play fights, christmas mornings, paddling in the sea, sweets. Deciding that McDonald’s is officially guilt free, having your own favourite kids show, getting new pets. The bringing home of drawings, leaves, conkers and finding weird things in Frank’s pockets (like squidged up orange segments, yum.) Watching them do something kind for some one else, night time chit chats and the sound they make when scoffing their tea in……….. millions and millions of tiny things make the best bits of being a Mum. At the moment I love Frank’s conversations – I am surprised at how insightful he is, but the best bit is watching him play with and develop his own sense of humour.

Hopes for your family: I hope Frank will always feel that I am here for him to come to and that we remain always best buds. I really would like to see him grow into a kind, non-judgemental, confident, ambitious and fulfilled soul.

Any advice for expectant mums: Its important to talk, don’t be shy, don’t feel judged (there is no right way to do it), remember that the sky won’t be falling down if you fuck up a few times! And take millions of photographs… they might bore your peers right now, but they’ll only increase in value to you, gold dust.

2 thoughts on “Sally and Frank”